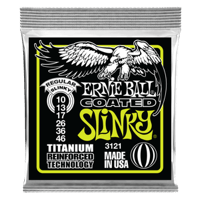 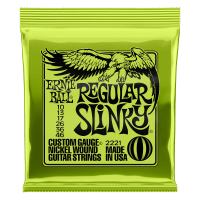 At some point it literally comes down to sitting in a room with a guitar... if you want to get on stage, then do. If you want to practice, sometimes it’s going to be hard. Music is about a feeling and it’s about having fun.

Rebecca: We both started playing music very young. It was more of our parents' vision at the very beginning. I think they never would have guessed that we would run so terribly far.

Megan: I think it would have been in our early teens when we went to a bluegrass festival. We were just blown away by the improvisation and joy that music can bring.

Rebecca: A genre that is very focused on instrumental ability, to improvise and to go on journey. Bluegrass, nine times out of ten it's very uptempo music. And, especially for me as a mandolin player, very frenetic. And so, being able to leap into the drummer's role of the bluegrass band as a mandolin player, I loved it. It was so exciting, because you could try and tighten up the brain-finger connection so that you felt like you're having a musical conversation.

Rebecca: It's interesting, to me, because we started with bluegrass. I think that was really the jump off point for us in terms of inspiration. But, leaping deeper and deeper into Roots of American Music as a general rule, mountain tunes or Celtic stuff, the blues creeping down into the Delta, you sort of have to un-braid some of that technical ability that you've learned over the years in order to create some of, maybe the more soulful sounds that you would hear on a Sunhouse record or a Robert Johnson record.

Megan: And, that's been such an interesting journey for us. It's marrying ability but also with the soul of blues music. It's just like, none of that matters. It's all about the soul.

Rebecca: So, initially we would make records in studios with a producer that would be there, and we were frustrated by those experiences because oftentimes the sounds that were then being created with the amount of verb or this kind of a slap. Are we going for a more throwback sound? And, not having the vocabulary or the understanding to really shape the way that our record sounded. That became frustrating for us. And so, we decided to really work on making demos in order to put across as clearly as we could what kind of recordings we wanted to be making.

Rebecca: So, I started going nutso with garage band. I got hooked up with some mac daddy sound libraries. That just blew my mind, because then you have access to a car door slam, and how you can integrate that to be your kick sound or your snare sound. Or, you can have a stomp and the shaker and create these sonic realms in which to build songs. And that was so exciting to me.

Megan: I think of the Allman Brothers as a real touchstone, and from them, listening to Derek Trucks, the quality of his slide playing is just, ah, it's incredible. That's originally what drew me to the slide, was the vocal quality. And, I think I feel more comfortable singing through the lap steel than I do singing with my own voice. And, so I think I do like to try and let it be as brainless as possible.

Megan: I like to hear and then push forward. Sometimes I'm surprised by what's coming, in a good way or in a bad way. I've thought about, "Okay, I should think more analytically about it," and then there's a part of me that's very fearful to interrupt how I feel towards it. Classically trained, but I can't read music on the lap steel.

Rebecca: "Megan, what's your tuning"? She gets asked that, like, every third question.

Megan: I'm an open G. Like a dobro on a lap steel. Outside of country music, it doesn't have to be country or Hawaiian. It's really a rock and roll instrument.

Rebecca: It is challenging to be in a band with someone like my sister because instrumentally, she's a very intuitive player. Music just kind of seeps out of her. She just sort of like sits and plays her slide, and it's like, not even looking at the fretboard, gazing into some heavenly ether and I'm like, "I'm going to go home and sweat some blood and tears over learning this Stevie Ray Vaughn riff", and then I botch it when I try to put it into a solo. But, I'm okay with that.

Rebecca: Again, it's like the sun and the moon thing. But screw you.

Rebecca: A lot of times we'll get hired out as side guys in different people's bands. And talk about entering someone else's universe and being uncomfortable with vernacular and the timing and how much are we pushing or laying back or are we using effects pedals or not?

Megan: We've toured with Elvis Costello for many years, being with just him and the two of us and that's all who's performing on stage. Really uncomfortable, but also some of the most rewarding moments that I can remember.

Rebecca:
He would throw us songs we'd never played before just to introduce a little bit of danger. Like, he's all about, "Let's show the people something real."

Megan: And, it's truly incredible.

Megan: Like when you experience that on stage. And, I think that the people in the audience can feel it, too.

Rebecca: Yeah. And it's surprising, too.

Megan: That we're on the edge.

Rebecca: You're on the edge, and if you succeed, then it's like, "Yes, it's very empowering". And if you fail, you realize that the failures aren't actually that big of a deal. It's like one sour note, then that millisecond is gone. And, there's great power in that.

Rebecca: I think for me, as a songwriter, Jeff Buckley was a big first, because he's so pure and beautiful, but not afraid of the polar opposite of that grungy, ugly guitar tone. And so that really captured my, I think, imagination as an artist. That was the first time, when I listened to someone, was like, "I want their career." Like, "I want their musical catalog. I wish I'd written those songs."

Megan:
Skip James is a big one.

Rebecca: Skip James. He is more of a hill country/blues artist, plays in these beautiful open tunings, is very modal, major and minor, in the way that he writes his melodies, and this high and lonesome voice. A big one for me, and he's lesser known. Chris Whitley is one of the guys that really blew my mind. He's like a junkyard poet. He takes the earth and the dirtiness of humanity and being alive and the confusion, while at the same time recognizing how awful and a-w-e-f-u-l, like how beautiful and reverent life is. That, I think, is ultimately what has drawn us so deeply to the blues, the timelessness of the lyric. Because, you listen to the blues and whether a song was written last week or it was written at the turn of the century, you're talking about the soul, you're talking about the question as to why you're alive, that is the palette from which all of our lyrics are written. And, we want, to the best of our abilities, to write a new chapter onto this story that has existed since the beginning of time. And, hopefully do it in some fresh way.

Rebecca: I feel like most guitar players, you walk into a guitar center and you buy your Ernie Balls. They are most definitely the brightest pack on the shelf. I used to play a really heavy string, because I thought that I needed to really make a point. And, I'm actually, right now, I have been doing the titanium, the coated strings. But, for different tuning, I'll typically cross tune my guitar, and achieve something different. At times, in a show, I'll take my Stat and tune it all the down to a B or a C. So, for those guitars, I'll typically have the heavy bottoms, skinny tops, just to try and give it a little bit more resonance.

Megan: I have an old Rickenbacker lap steel. It's from the 40s. I also play through a couple of pedals that I've been playing through for years, because I kind of find the tried and true thing, just stick with it. Which is an Ernie Ball volume pedal, a tube screamer, and then a Hall of Fame reverb. That's about it.

Rebecca: I oscillate, but right now, I do find that as streamlined as possible on my rig, I enjoy, because there's less for me to kick and mess up while we're on stage. Because, if there is some sort of a tone knob that can be kicked, and totally fuck up your tone, I will kick it during the show. My first love was actually a Jazzmaster. Having toured with Elvis Costello, of course, he is the quintessential Jazzmaster god. But, I do rely a lot on Strats right now. I play through, actually, my fiance's pedal. It's a TB drive and it's made by a company called Rodenberg. And so that typically covers my overdrive and my more fuzzy overdrive sound.

Rebecca: Then, I have a little echo pedal, very basic. And a boost. And that's basically it. We like to just be the meat and potatoes of the blues female fronted rock and roll outfits of the south.

Megan: Being siblings and playing music together is unlike anything else. Because of that we have this bond that's really important and really special. I don't know that we individually could have done this for as long as we have. We kind of are puzzle pieces that fit together, and being able to go on that journey together has been amazing.

Rebecca: And, at a certain point it's also, literally, it comes down to just sitting in a room with a guitar. If you want to, if you don't, don't. If you want to get on stage, do. If you want to practice, sometimes it's going to be hard. Music is about a feeling and it's about having fun. And, the rest of the pressure can just take a hike. I was going to say, "Kiss my ass", but then I was like, "PG!"